Free Delivery across UK
If order is over £50

Over 45 Years in Business
Shop Local

After Sales Care
Always here for you

This family run business was established by former electrician Cyril Campbell, in 1974 in Coalisland, Co. Tyrone. His son John joined the business in 1997 and over the years the company has grown from strength to strength. Over the years the Coalisland store has been extended and, including a considerable amount of warehousing, it now comprises some 20,000 square feet. Meanwhile in October 2008, the company’s second store was opened in nearby Cookstown and now boasts over 13,000 square feet.

In 2010 JC Campbell Electrics won the Best UK Independent Retailer award in their category (Best Small Independent Retailer, Domestic Appliances) at the IER Awards. We had to fight off competition from all parts of the UK to win the award which was presented in London.  John Campbell received the award on behalf of the business and was very proud to bring it home to Mid Ulster.

We have been dedicated to providing excellent service to our customers for nearly forty years and have always strived to meet our customers’ needs. To have this work recognised is fantastic and to know that we provide the best electrical service in the UK makes it all worthwhile.

The Independent Business Awards were established 18 years ago to reward independent retailers who demonstrate high levels of customer service and product knowledge, and in a competitive marketplace, provide customers with a quality local service. 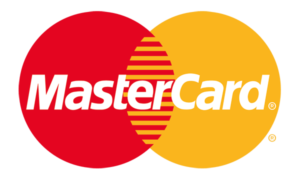